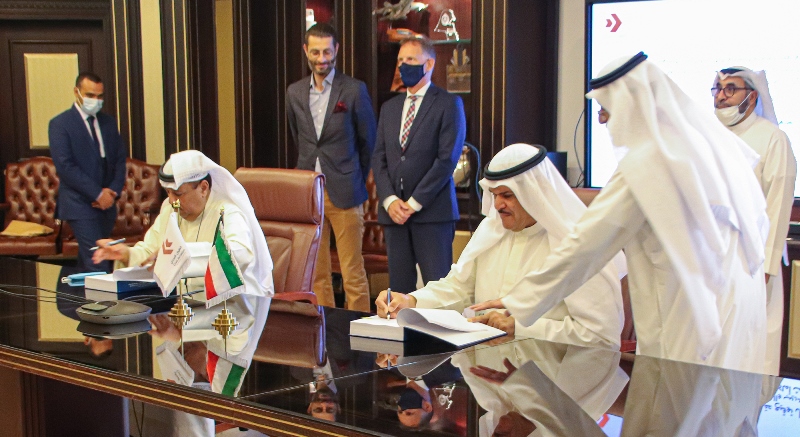 The main equipment to be supplied for each end of the runway is Intelcan’s state-of-the-art SKYNAV Instrument Landing System (ILS) and Distance Measuring Equipment (DME) capable of being operated at Category III level – in accordance with the standards and requirements of the International Civil Aviation Organization (ICAO). This is the highest category for precision approach systems, only implemented in the largest airports in the world, allowing pilots to land in extreme visibility conditions from the initial approach point until complete landing of the aircraft.

The ILS provides precision runway approach to the aircraft, employing two radio beams to provide pilots with vertical and horizontal guidance during the landing approach. It comprises two subsystems: the localizer (LLZ) for azimuth guidance, and the glideslope (GP) that defines the correct vertical descent profile. The third supplied subsystem, the Distance Measuring Equipment (DME) enables aircraft to measure their distance relative to that beacon.

“We are delighted to have been awarded this contract,” said Ziad Nader, CEO of INTELCAN. “Our products have been in operation at KWI’s existing two runways for over 3 years now, and we are honored that DGCA selected us for the new third runway. This is a testimony to the reliability of our products and to DGCA’s degree of satisfaction and trust in our expert services. It is also validation of our market strategy in the Gulf and Middle East“.

This project is an important element in Kuwait’s airport development, complementing the construction of the new iconic Terminal 2.  The project will be implemented over the next 550 days and in accordance with KWI’s development plan. It will provide an extensive training program, through courses in both Kuwait and Canada for DGCA’s engineers, as well as 2 years maintenance services in Kuwait.

INTELCAN will also supply its latest generation Remote Control and Management subsystem: a new innovative digital platform allowing for a seamless and integrated operation for the traffic controllers. “With this new design, our developers achieved a real “tour de force” in centralizing detailed Navaids status and control while being minimalistic for an unprecedented ergonomic human-machine-interface that minimizes controller fatigue”.

TwitterLinkedInWhatsAppEmail
Page load link
We use cookies and other tracking technologies on our website to help us analyze and improve our services and learn what information interests you. By continuing to browse this website you accept the use of cookies CONTINUE